After spending a few big city days in Taipei it was time for the big stress again. Finding bike boxes sucks, dragging them over kilometres to the hotel in rain as well. Finding someone bringing us to the Airport is not so easy and be extra friendly at the check-in, so they ignore the few kg over the limit. But all went smoothly and all in the sudden we found ourselves in the old quarter of Hanoi. What a change to Taipei. So loud and noisy, but also so unbearably beautiful. We really love Hanoi and everything we ate was just fantastic. Bike riding is a different experience than in the very orderly Taiwan. Taipei has much traffic as well, but everybody is so carful and respectful. Traffic in inner-city Hanoi is some kind on martial art. I guess you must be open eyed and not run directly into the next car, but you have to go with the flow and show some confidence.

One could easily spend much more time in Hanoi than we did, but for us it was time to go to the real business again. We had decided to start our riding in the north and to spare us four days of apparently boring riding, we took a night train to Lao Cai. It was such a great experience. We took the night train, had our own cabin (because half of the train was empty) with beds and we felt like on the orient express. But it was not without a little hiccup, as Ellie’s hydraulic brake needed draining and we did not take oil. Even more worrisome was that we realised that two hours before the train departure. But on this trip, everything lines up perfectly and after a few bike shops could not help us, somebody said he knows somebody who might be able to help. So, he phones him, this guy arrives like a prince on a white horse with his scooter and fixes the brake in 5 minutes. What a hero and he wanted something like 5 AUD for it.

So, nothing could stop us from finally getting onto the road again. And it was a serious day. From Lao Cai to Sa Pa it is just something like 40 km, but they are all uphill. We started in the cold and foggy valley and things started very gradually to steepen. Luckily the steeper it got, the more beautiful it got. It was just breathtaking, with the hills in the sun and the valleys in deep fog. It was great scenery and luckily our legs had a good rest, because in the end we did a total of 1700m altitude gain, with some long, relentless stretches of 10% . We made it by 1:30pm into Sa Pa and all of us were quite happy that it was over.

Sa Pa is the epicentre of tourism in northern Vietnam. Loud, full of hotels, bars and, I guess tourists, but currently it seems to be off season. I think Sa Pa is still somehow a cool place. Beautifully located between big mountains, colonial architecture and locals dressed in colourful clothes. It is all falling a bit apart, but I have always felt a devotion to places who are proudly and openly decaying. Those who are so arrogantly aware of their beauty that they don't care about what people say. Sa Pa is also an interesting place. Wikipedia says “ It was first inhabited by people about whom nothing is known. They left in the entire valley hundreds of petroglyphs, mostly composed of lines, which experts think date from the 15th century and represent local cadastres. Then came the highland minorities of the Hmong and Yao” What a great sentence: ”first inhabited by people about whom nothing is known”

Anyhow, it was Max’s day to chose dinner and we had Pizza and Hamburgers and Greek salat with feta (which was actually not feta but tofu…. But quite nice anyhow) It was good, and filling and we deserved it, because tomorrow is another big day, and the day after…. and the day after. Karst-country is not for relaxed bike riding. The hills are plentiful and always steep. I am quietly a bit nervous about it. We are so proud of Max and very grateful that we can have these big adventures, really hard riding with a 10-year-old. So far there has been zero whinging, but how many of these days can we do in a row. I guess we gonna test it out, most likely we will break before he does. 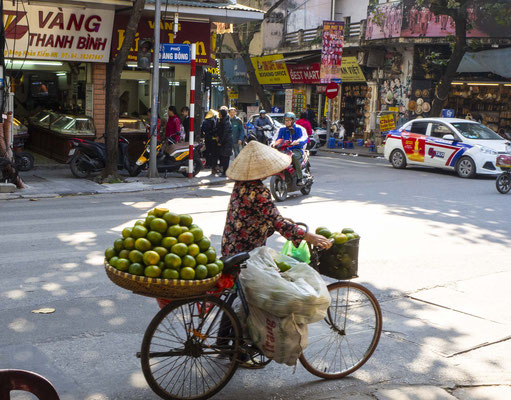 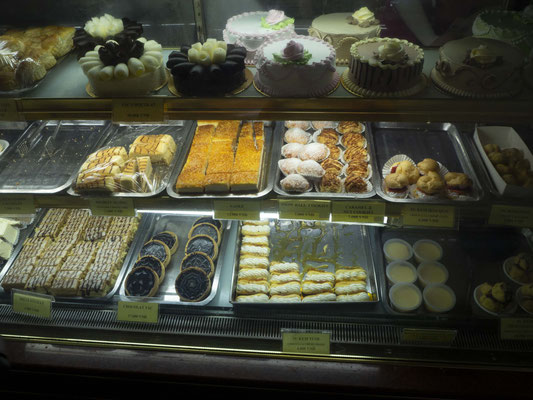 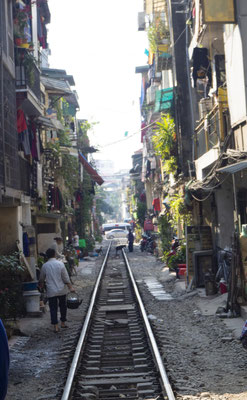 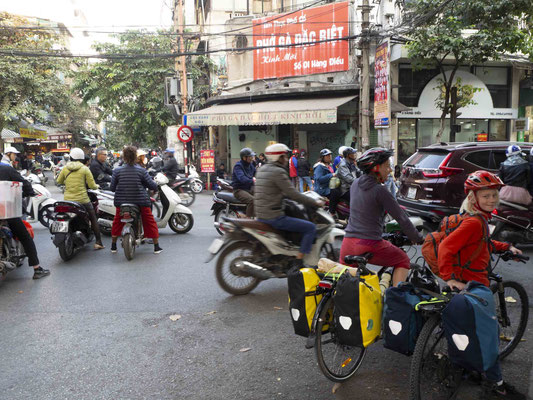 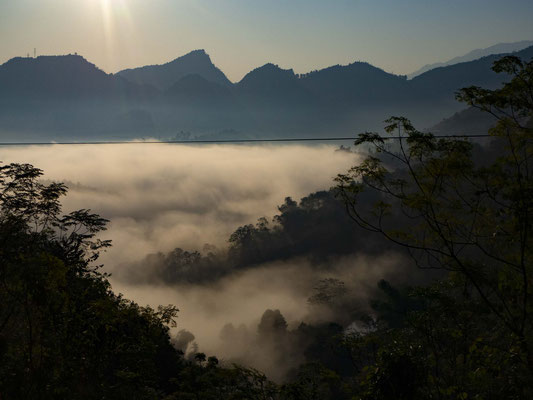 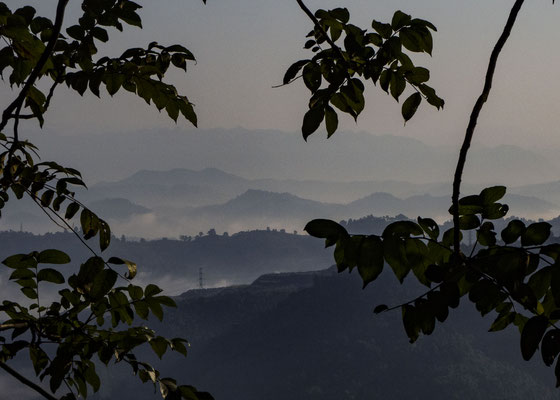 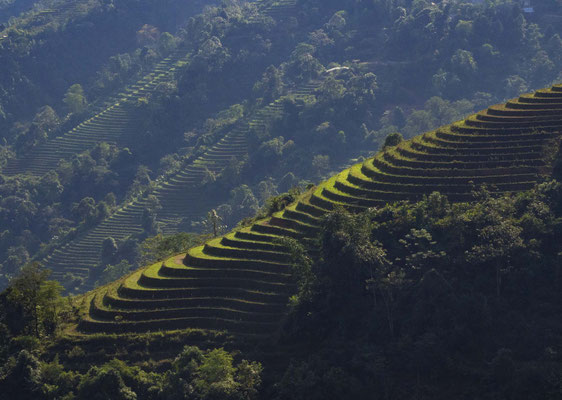 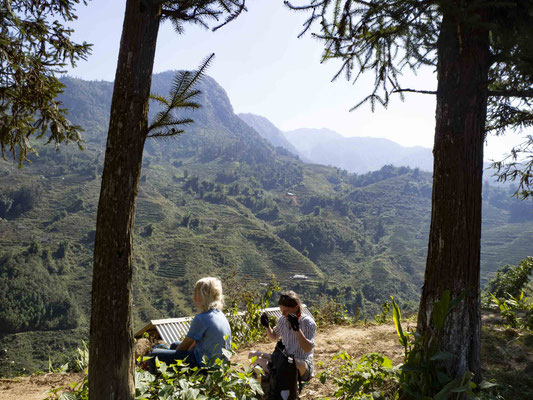 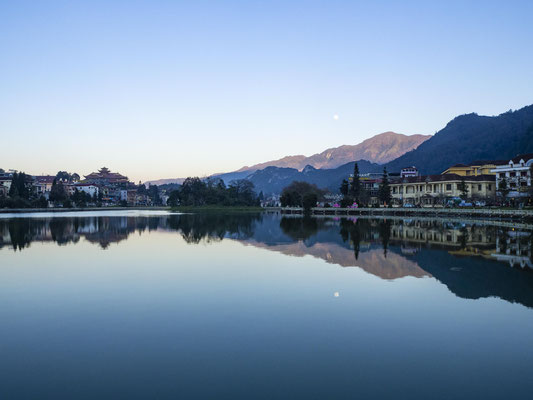