Karst and caves and climbing

After some middling fun for 300 km on the highway we made a sharp turn to the east and jumped right into some of the most exhilarating days of our journey so far. All in the sudden there was hardly any traffic, stunning landscapes and some serious climbing, which is by the way a prerequisite for some fun downhill riding. I tried to express that, by saying that great days come usually with some suffering, but Max answered that they come usually with a “hamburger with the lot” and Ellie said they come usually with everything but suffering. Anyhow, we cycled into some wonderful black karst mountains up the hill and down again, and up and down, until we reached a point that either lead up the mountain again, following a four day loop to Thakhekh, or a 50 kilometre cul de sac to Konglor Cave. We have heard a lot about Konglor and it sounded like a relaxed spot for a rest day, but the idea to ride the 50 km back to continue up the loop was not very appealing. At the end we decided that Konglor cava sounds to much fun to miss and it was a wonderful decision. The ride through the valley was nothing but perfect. A reasonably good surface, next to no traffic and truly dramatic scenery, with towering limestone cliffs. We found a decent guesthouse, a good meal… what a perfect day. The next day saw us exploring Konglor cave, which is a seven km long underground river, with rapids and some big chambers. Skilled boatmen drive you in little boats to the other side, a very remote valley, where you can hang out, swim, eat some bananas and then back to the other side. Our maps showed that the remote valley should at the end lead back to the “loop route”, which would allow us to avoid the annoying riding back. We asked the boatmen, if they could get us the next morning with our boats over “to the other side” and they agreed, but we all need to hire our own boat (which with 18$ was still pretty cheap) The next morning at 6:30 we first carried the bikes down to the cave entrance and then on the boats and it felt like being in the lord of the rings. The boats were rushing through narrow canyons, wide chamber and sometime we had to go out and push them up rapids…. It was soooo  much fun.

On the other side we had no idea how long exactly is was, condition of the road, but we expected some little towns where you can get something to eat. It started to be a truly fantastic ride on a rough but ok trail through a magnificent valley, with very small villages, without anything to eat. But we had a can of sardines, a few bananas and Max’s Christmas Nutella. That is a very disgusting mix, but it did the job. After 40 km of beautiful valley riding 20 km of pure hell awaited us. To get out of the valley it was nearly 1000 meter altitude climbing on a powdery, sometimes super steep, dirt road. Sometimes the traction was so bad, that I was sliding down the road while trying to push the bike. It took us full 5 hours to battle ourselves out of hell.

More beautiful, although less adventures riding brought us to Thakhekh, our designated rest stop for 10 days or so. It is a climbing area that reminds me of Thailand in the early 90th. Much climbing, few people, relaxed atmosphere. Ellie climbs strong and bold, despite her hand not fully recovered yet. Max gets into leading and shows off some muscles I do not think I have…. And me? I feel like a heavy sack of potatoes having problems to leave the ground and lament over the fact, how much fun bikeriding we are missing, while climbing. I hope I will get my climbing Mojo back one day. 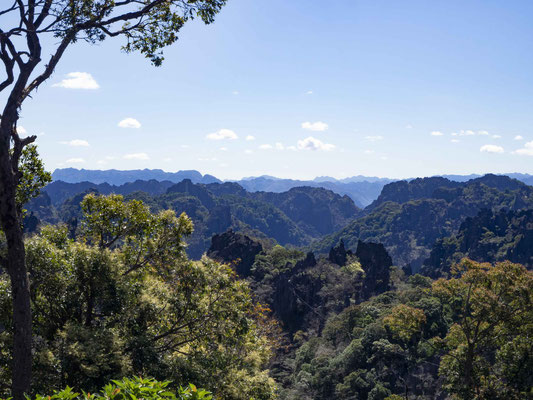 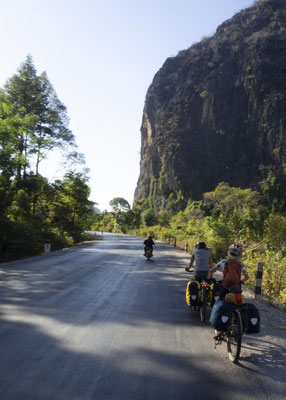 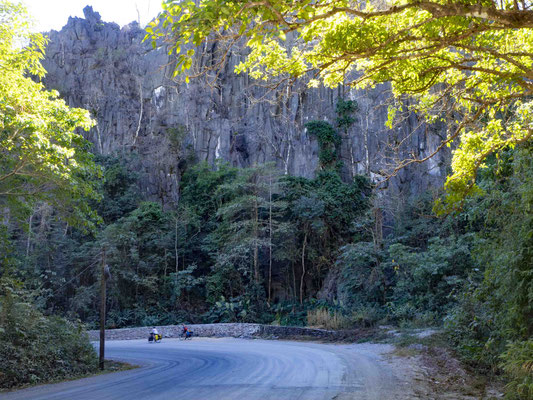 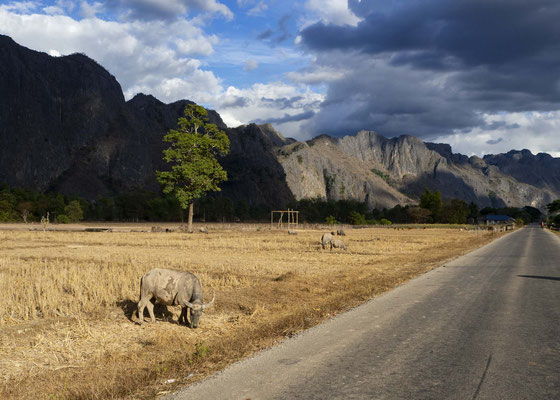 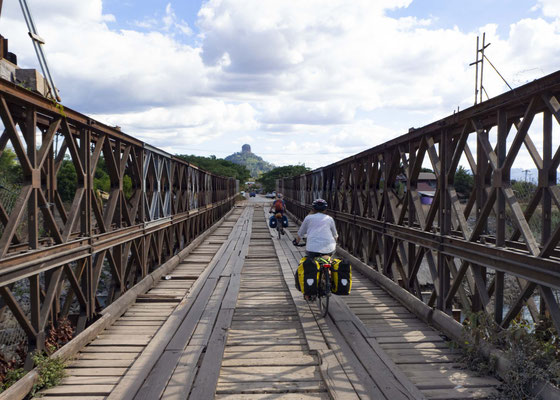 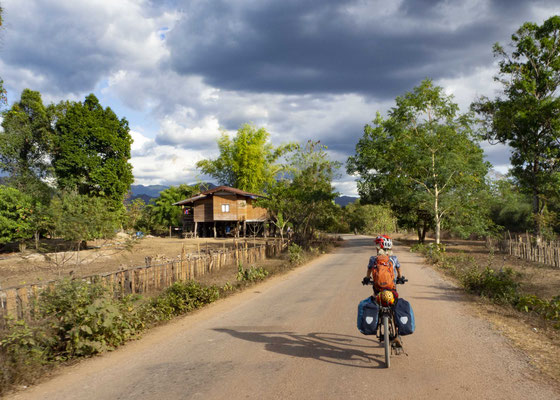 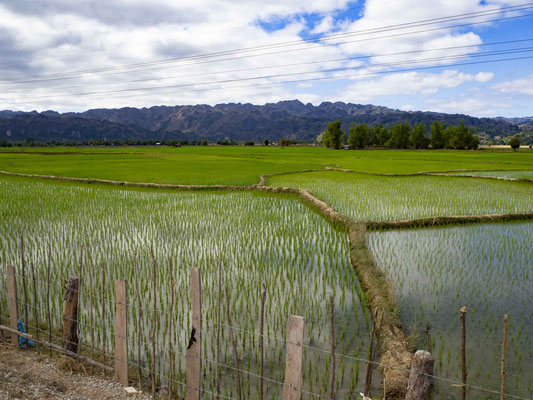 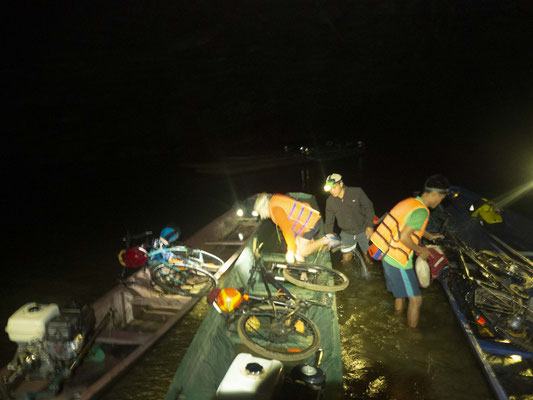 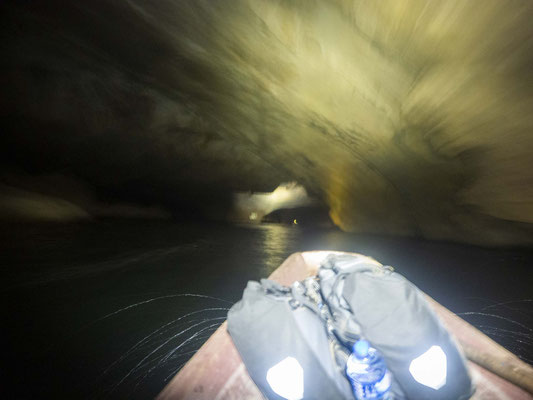 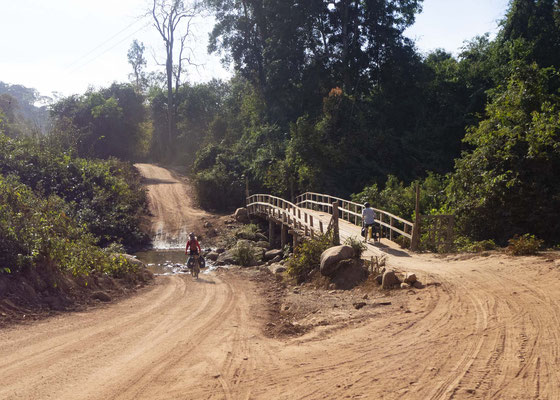 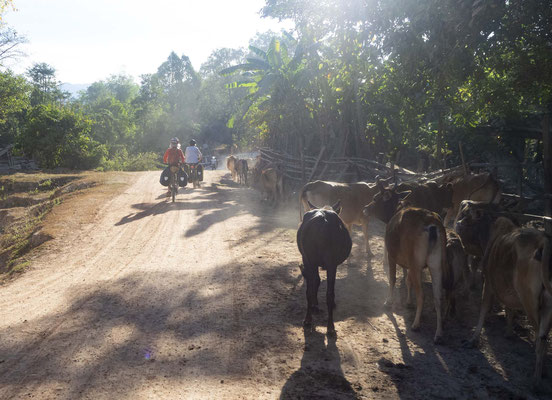 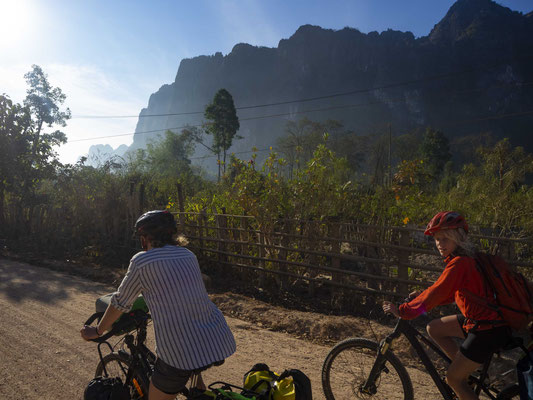 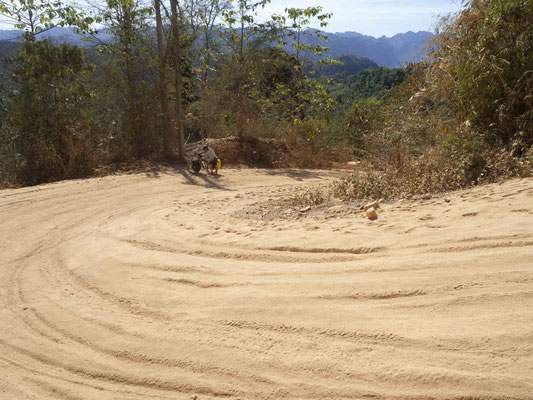 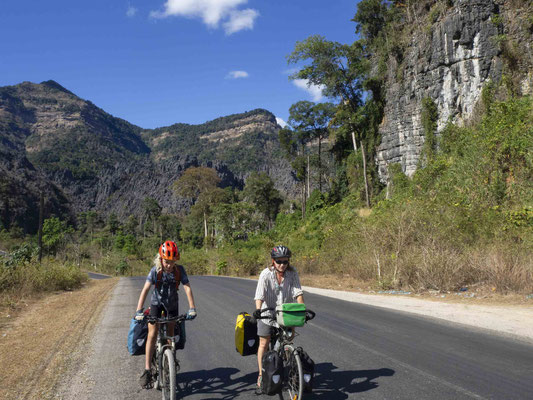 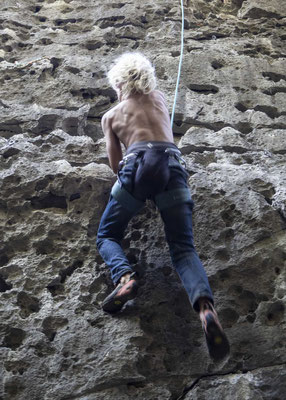