Mekong on the left

The six days we spent in Thakhek were really fun.  The rock is amazing and everything super well bolted. I worked on my leading nerves, as it’s been quite a while, and Max started his on leading skills with several nice climbs. Steffen patiently belayed, advised and encouraged while he suffered the “potato sack blues”. He also found the scene a bit narcissistic – there was little respect for the modest Laos dress standard at the camp. Whilst the food was great, the camping was fairly primitive so we were excited to swap the dust, cold showers and outside loo for some more “civilised” guesthouse conditions. From Thakhek we caught a bus down to Pakse as we are starting to run out of visa time.  The bus ride was an experience:  aisle seats provided (plastic stools placed in between the bus seats) and onboard food (at every stop a bunch of people would come onboard and dangle whole spatchcocked chickens, bags of sticky rice, eggs of skewers and mango with chilli-sugar/salt. The 300 km ride took 7 hours but it was another interesting thing to have done.

We were happy to finally arrive in Pakse.  We were surprised to find it incredibly touristy.  I guess it is the gateway between north and south Laos and close by to Thailand and Vietnam.  We decided to take it easy and see some nearby ruins and try to be tourists.  We rode to a fabulous little village called Muang Champassak (which was originally established for the wealthier Laotians to holiday).  It is on the Mekong and is green, sleepy (which is rare)  and very pretty. We had a great expedition out to the Wat Phou ruins (a 10th century  Khmer temple – pre Angkor).  There was a lot of interesting history here which I feel compelled to explore further – like how did a Hindu dominated culture morph into a predominantly Buddhist one and how have the two religions melded together?  I was really blown away by the ruins… they were spectacular and the frangipani trees were stunning.  We also had a fantastic dinner in this town…pork and rice wrapped in no less than five different herb leaves (blue mint, sour leaf), fish in banana leaf and kaffir lime and delicious tropical fruit shakes.

From Champassak, we knew we had a bit of a task to get to our next destination.  We were headed for the four thousand islands area of the Mekong (where there are lots of pretty little islands in the river).  It was 120kms to our destination, no default accomodation in between and 90 km of the road was unsealed and of unknown condition.  Given our last unsealed road adventure, I stocked up on food (think pineapples, baguettes and emergency biscuits all strapped onto the bike – I was serious). We set off early at 6:30 to beat the worst of the heat. The first 30kms were a breeze, cool and still on sealed road and we were looking forward to a pit stop and a bowl of noodles.  Then we were involved in a horrible accident (in which we were completely unscathed physically).

A young man on a motorbike attempted a suicidal overtaking manoeuvre between our bikes and a very slow tractor (we think he might have been on his phone).  He hit the tractor at high speed and flipped his bike onto the middle of the road.  Unfortunately, his wife and baby were also on the bike and no one was wearing a helmet.  I’m not sure if I will easily be able to erase the image on the baby on the road, supine, with his little legs and arms in the air, unconscious.  I scooped up the baby and for a horrible five minutes or so, both the baby and the man were unresponsive.  Luckily, the Laotian folk rally around each other and by the time the baby and mother were bundled on to another bike for the hospital, the baby had started crying.  The man regained consciousness and was also taken to hospital in the back of a pickup truck (there are no ambulances).  There were no obvious large injuries evident, so we hope that all is OK with the family.  We were all really shaken up by this event and vowed to never take risks on the road, always wear helmets and stay clear of motorbikes!  Very few people wear helmets in Laos and subsequently, the country has a really high road injury and mortality rate (I’ve had a sleepless night looking up hospital care and road accident statistics).`

Despite the rough start, the rest of the trip was wonderful.  It was dirt road but of pretty good quality.  What was mind blowing for me was that this track directly followed the mighty Mekong, which was pretty much so in view for the entire trip.  There were lots of tiny villages, and so many friendly excited kids screaming out “sabaidee” and then bursting into giggles when we responded in kind.  It was extremely relaxed and extremely pretty.  As an added bonus, we also got to travel on a couple of little ferry boats too. It was one of the best paths we have taken to date.

We are now having a rest day in a ridiculously comfortable hotel on Khong island.  It’s a little embarrassing.  We arrived at the Muang Khong  township dirty, sweaty and incredibly tired.  As is typical of our travels to date, we discussed our budget for accomodation – Steffen suggested that seeing we had had such an eventful day we could go up to $25, I suggested $30 and Max thought we could maybe go to $35.  At the first hotel we checked, they informed us that their price was $50 ….to which we all simultaneously agreed was a great price!!  So we have a pool, really comfy beds and outrageously good breakfasts.  Tomorrow we set off for Cambodian border. We have throughly enjoyed our time in Laos and are a little sad to leave. 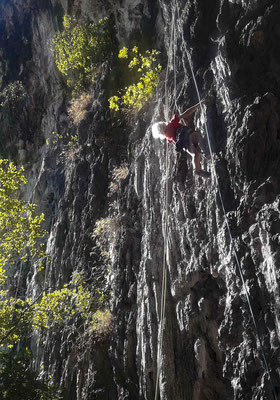 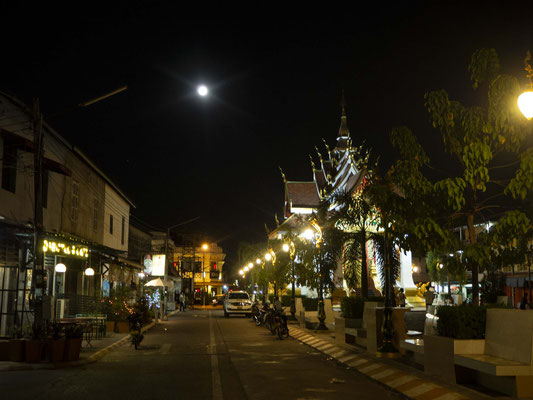 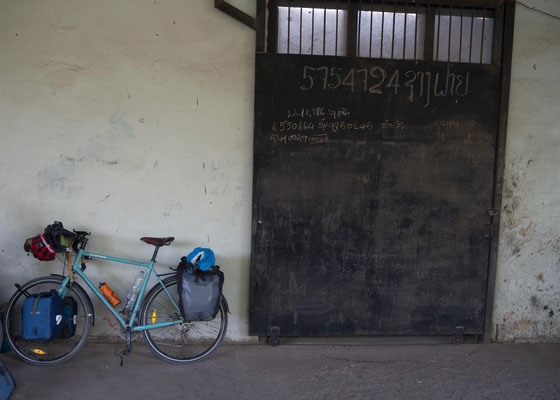 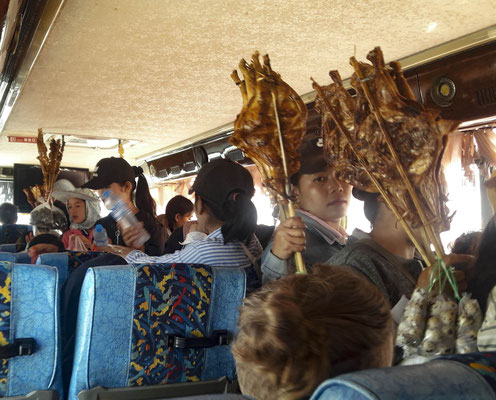 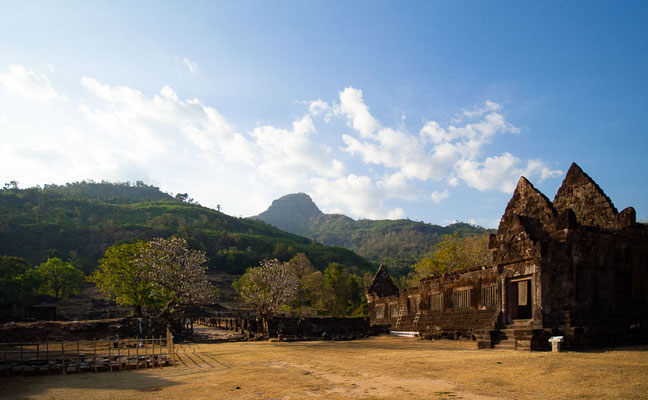 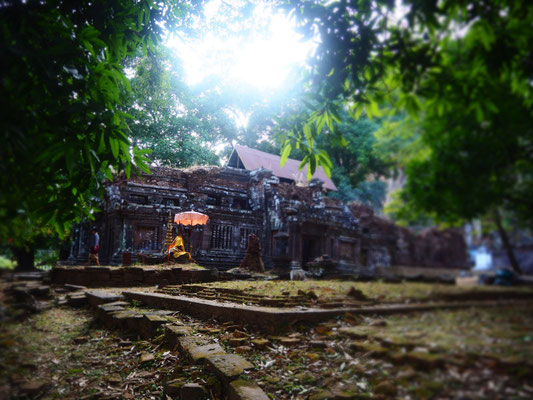 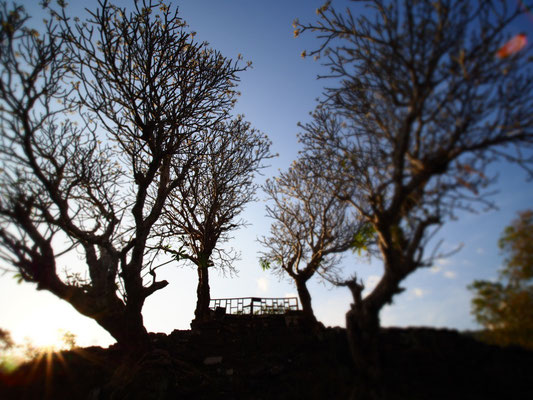 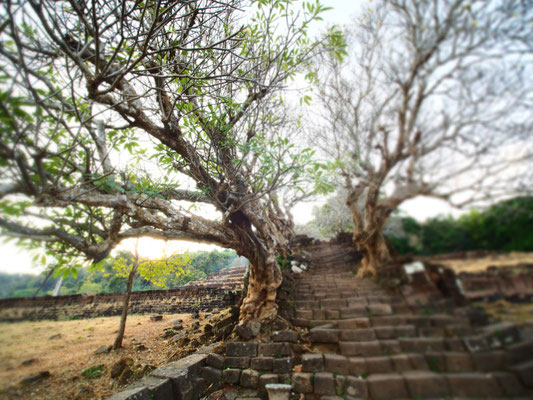 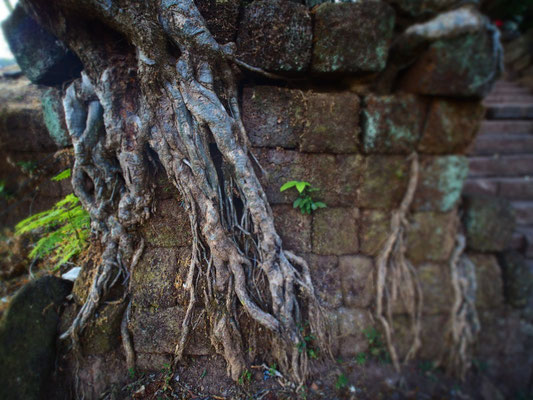 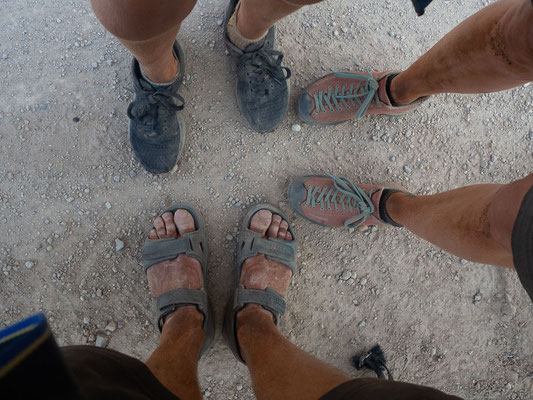 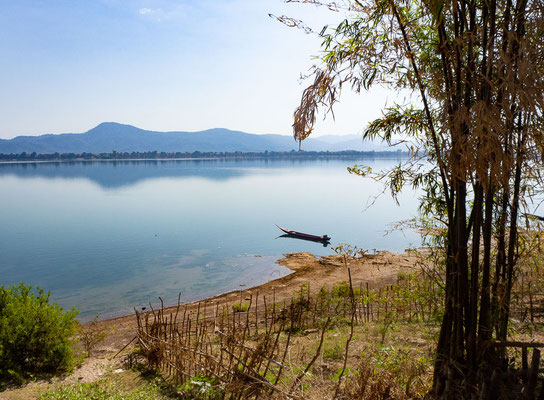 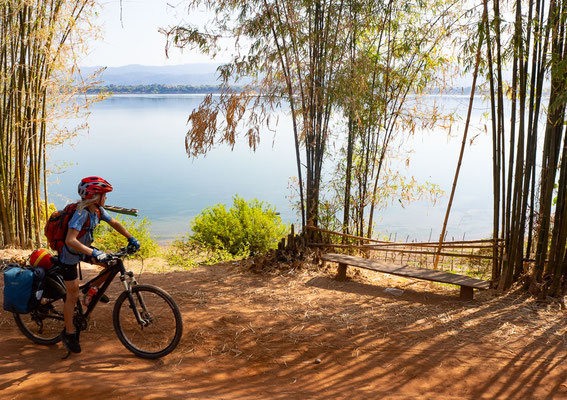 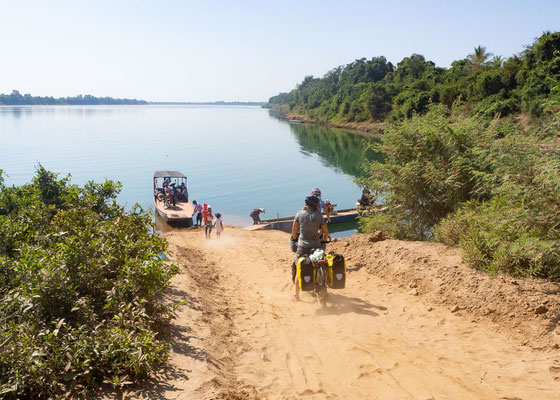 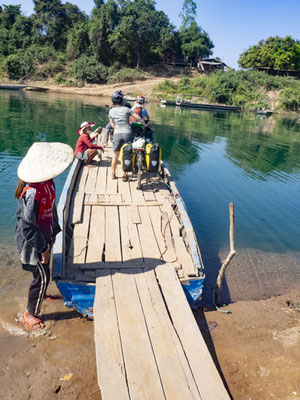 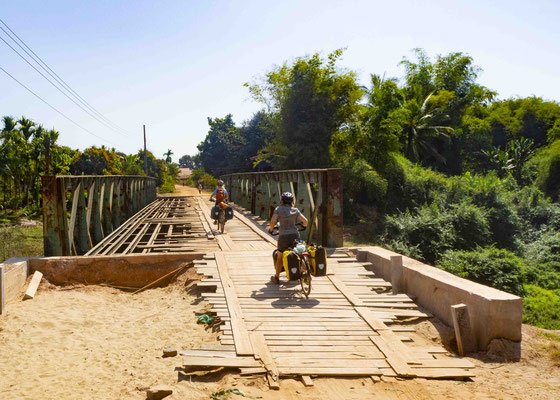