Don’t be so reckless, slow down your cars…..

After a few days of rest in a big city stocking up on food and sleep, we were keen to get back on the road again and head down to the coast, direction Kampot. As expected, the road out of Phnom Penh was busy and chaotic, but Steffen is a gun navigator. My first ever holiday with Steffen was in Morocco and I realised I was on to a good thing when he successfully navigated with a paper map, driving whilst rolling a cigarette and talking non-stop.  We had expected the traffic to thin out once out of Phnom Penh, only it didn’t.  The road just got thinner.  There is quite a bit of road improvement works going on in southern Cambodia.  Instead of doing up smaller sections of road at  a time, whole lengths are treated at once. We spent 90kms on a highway that had the edges scraped, presumably to make way for another (double) lane.  Unfortunately, the traffic volume for the double lane had already arrived, so it was a distressing day of riding, where we were run off the road several times by trucks. When I started hurling rocks at a truck and screaming profanities, I wondered whether it was all getting a bit much.  Somehow, we limped into Takeo where we drowned our sorrows at a restaurant whose speciality was serving really big beers (like 4L big).

We set off for Kampot the next day after lots of deliberation on the best highway to take.  Following some local intel, we decided on the “good road and not too busy” option.  Unfortunately, the intel neglected to mention that this road was also undergoing construction it’s entire length (90km). This time there was some variation along the length: (1) single lane only (2) double lane but no surface (3) gravel surface but steamrollers (three side by side). There is no apparent speed limit (good for generating dust plumes- see photo below) and no separation or signage for plant operating on the road (so simply weave between the steamrollers or permanently become part of road). The only solution for this assault on the senses was to laugh (often hysterically) and think about it being a good story.  We limped in again at dusk, this time to Kampot, a fairly relaxed and pretty tourist town on the river, famous for its pepper and crabs.

We decided to spend a few days in Kampot to recover from our challenging journey.  The first day we didn’t do much more than sleep, eat and play a game of pool or two. Max got his first taste of hanging out in a cool but suitably seedy bar: lots of tattoos, cheap spirits and the heady smell of marijuana (joints kindly rolled by bar staff). We also spent the day at nearby seaside town of Kep.  We caught a cool little boat down the river out of Kampot, out into Kampong Bay.  We got to sit on top of the boat with the captain and enjoyed watching mangroves, hunting seabirds and flying fish pass by. It was Chinese New Year too, so the beach and surrounding area was packed with happy families picnicking, drinking beer and singing karaoke.  And I mean packed, like sardines, but the vibe was fun and we got to swim! A little note about karaoke.  It seems a ubiquitous sport in each of the countries we have been so far.  There are lots of bars and businesses that offer a karaoke experience, but we have been most impressed by the impromptu, private karaoke sessions – huge speakers, appalling sound quality and a complete lack of self-consciousness of singing (mostly pretty badly) in public in often unexpected places– at food markets, whilst at a picnic or on the foot path….

We are now heading west to leave Cambodia through the Cardamom Mountains. We have mixed feelings about Cambodia.  Sometimes we find it hellish - the traffic is too mercenary, the development a little too ugly and towns dirty and chaotic. Other times we get a nice surprise, like today.  No expectations at our in between stop-over town to the mountains.  It turns out to be a fun little town with a great monastery, we chilled in the shade of a cashew plantation overlooking a river, had a few charming conversations with locals and ate a good lunch.  And suddenly we like the place again….. 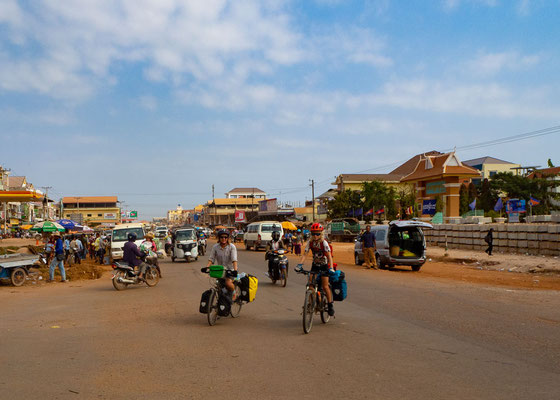 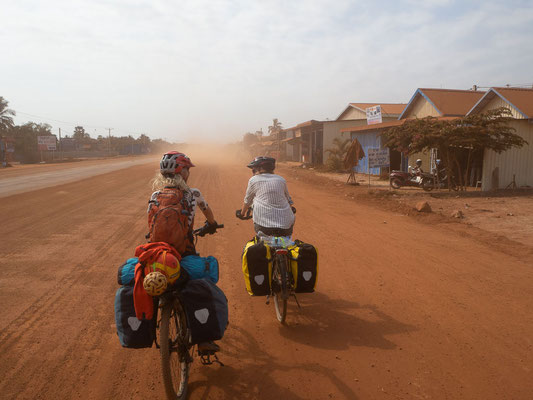 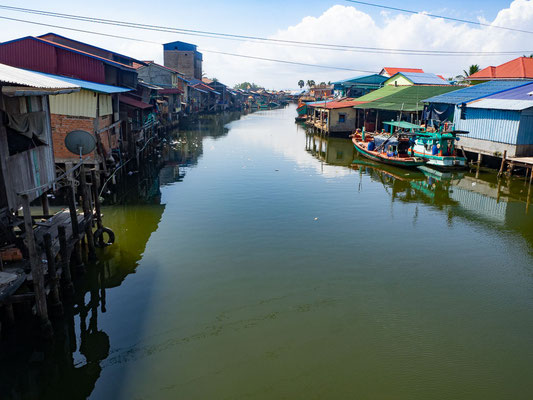 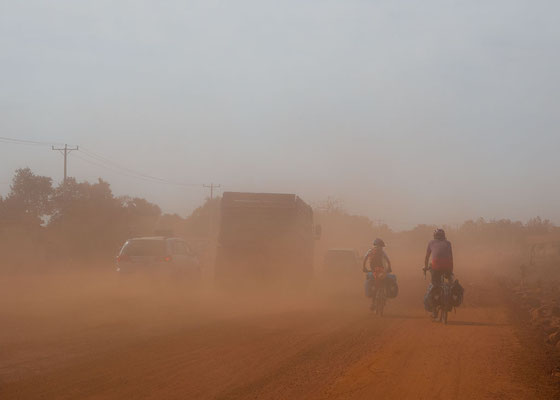 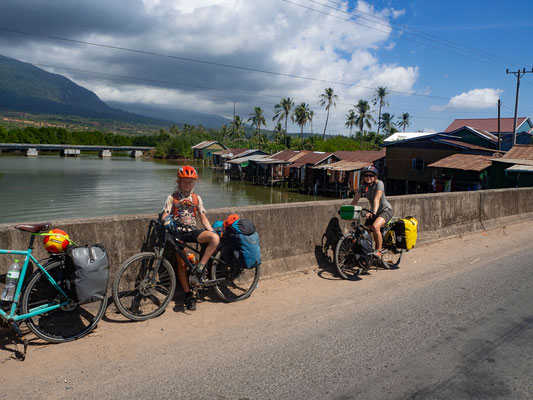 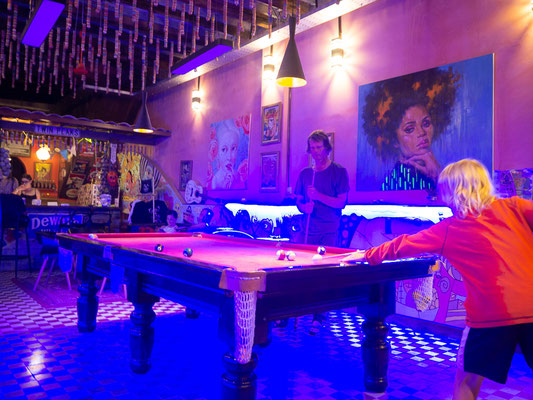 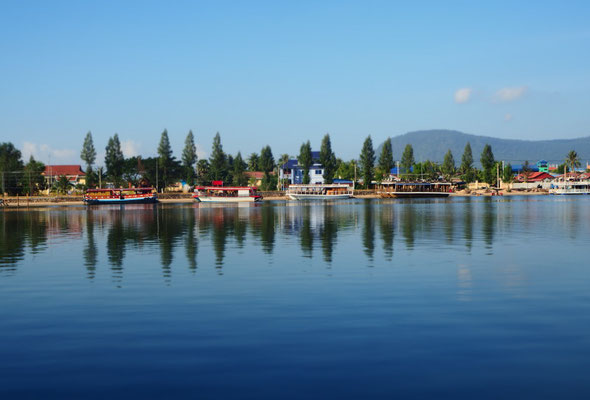 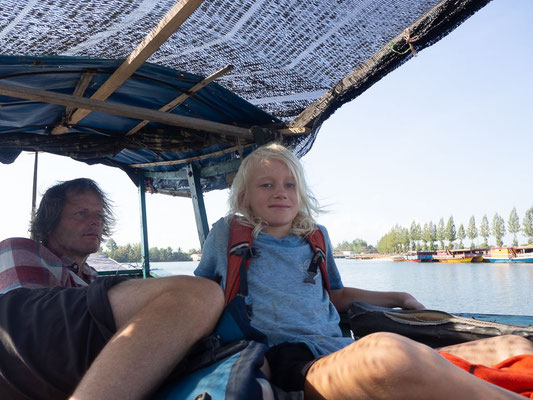 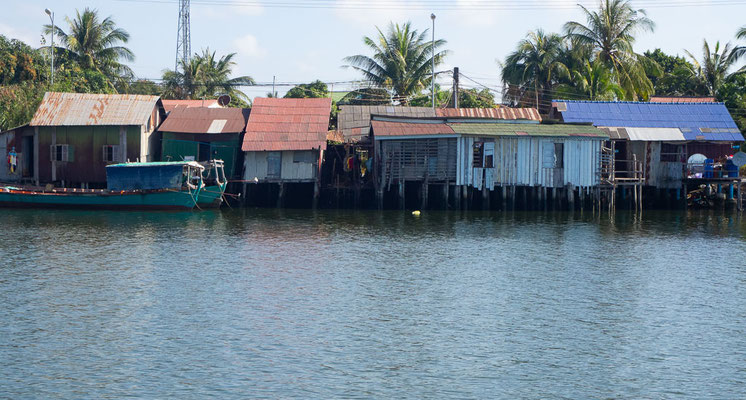 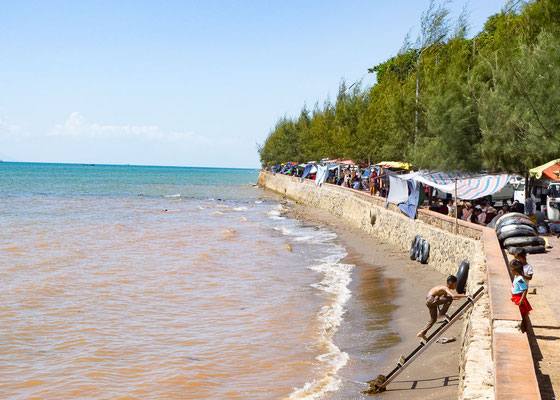 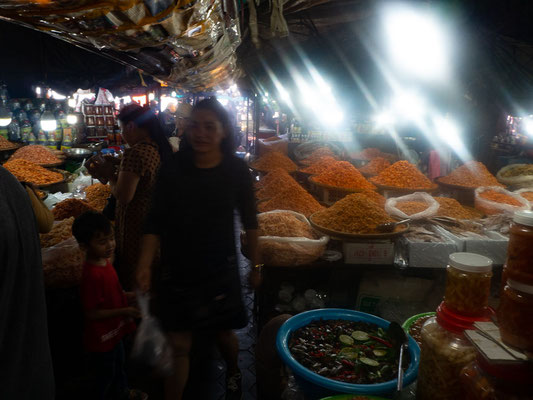 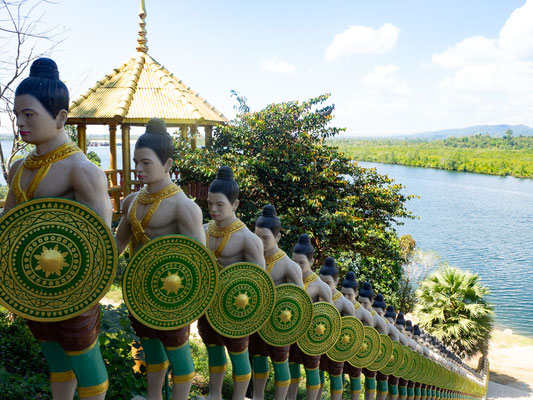 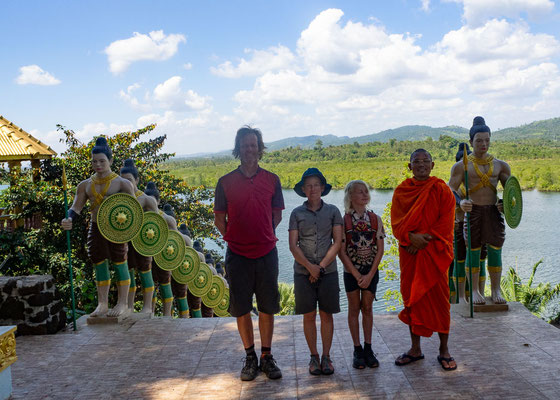